Who is Tedros Ghebreyesus

This was originally published at The Thinking Housewife.

The following points give some background on Ghebreyesus, who is everywhere identified as an Ethiopian, but is actually from Eritrea. (I refer to him by his first name as Tedros in the following):

He may have worked in Ethiopia under various regimes, but I think his Eritirean background identifies his world view, his political background, and his politicization of health care. Hence his post in the WHO.

Here are some interesting points:

- He is the first WHO Director General (DG) that is not a medical doctor, but rather has a PhD in Community Health
- He received his BA (in Biology) from the University of Asmara in Eritrea
- His PhD dissertation was on malaria transmission in the Tigray Region, a province in northern Ethiopia, which further distances him from the "Ethiopian" label, since the Tigray people have fiercely contested the historical leaders of Ethiopia, the Amhara, and often would not recognize this historical Ethiopia in defiance of the Amhara tradition and history as rulers of Ethiopia.
- He worked for the Ethiopian government during the Derg Marxist era of the 1980s in the Ministry of Health
- He left for his PhD studies in London after the fall of the Marxist regime in 1991
- He returned in 2005 to Ethiopia to become Minister of Health, under another Marxist/Totalitarian regime of Meles Zenawi
- Zenawi who as the leader of the Tigray People's Liberation Front - TPLF - (Tigray is the northern province of Ethiopia, south of Eritrea) ruled in coalition with the ultra-Marxist Ethiopian People's Revolutionary Democratic Front, and made it possible for the secession of Eritrea (Tedros' "home" province) from Ethiopia in the 1990s
- During his years as Minister of Health (2005-2012), and as Minister of Foreign Affairs (2012-2016) Tedros developed contacts and relationships with the Clintons (the Clinton WHO HIV/AIDS Initiative, which collaborates with the WHO) and the Gates (Bill and Melinda Gates Foundation, which provides substantial grants to the WHO) in his campaign to win the WHO post in 2017
- As health minister, he was charged with cover-up of three cholera epidemics in Ethiopia, in 2006, 2009 and 2011, mislabeling them as Acute Watery Diarrhea, to downplay their significance
- He chaired the Global Fund to Fight AIDS Tuberculosis and Malaria - a foundation which has been riddled with fraud and corruption
- The largest donors to the WHO are the Bill and Melinda Gates Foundation through the GAVI Alliance for vaccination.
- Tedros was a board member on GAVI, which gave him a warm welcome upon his WHO election
- China was also an important ally of Tedros in the WHO’s DG election in 2017
- Months before his WHO election, Tedros was invited to speak at Peking University where he called for stronger cooperation between China and the Global South on health issues
- Domestic Chinese news coverage featured Tedros’ praise of Xi Jinping and his criticism of foreign governments
- The day after his electoral victory, Tedros confirmed to Chinese state-media that he and the WHO will continue to support the “One China” principle, which recognizes the government in Beijing as the legitimate Chinese government
- Three years later, Tedros’ enduring support of China’s response to COVID-19 shows that their early support for him is still paying dividends
- And China’s WHO contributions have grown by 52% since 2014 to approximately $86 million.
- Despite growing evidence of China’s mishandling of the outbreak and rising domestic Chinese outrage over the government’s censorship, Tedros doubled down on his praise for China
- He politicized his WHO position by calling on nations not to limit travel with China and warned against the “recrimination or politicization” of the outbreak, as he himself politicizes it
- The WHO’s (Tedros') weak response to China’s mishandling of the COVID-19 outbreak has laundered China’s image at the expense of the WHO’s credibility
- John Mackenzie, a member of the WHO executive committee, publicly stated that international action would have been different if not for China’s “reprehensible” obfuscation of outbreak's extent

And here is one final paragraph:


More concerning is Tedros’ delay in declaring COVID-19 a public health emergency of international concern (PHEIC). On January 23, the WHO’s emergency committee was split on whether to declare a PHEIC. With final authority resting with the DG, Tedros decided to wait despite admitting that “this is an emergency in China.” A week later, he declared a PHEIC. By that point, confirmed cases of COVID-19 had increased tenfold with 7,781 cases across 18 countries.

If I may a personal take:

Tedros has lived most of his adult life as a "revolutionary," against formal, established systems, to destabilize them in a Marxist/Socialist fashion. His primary target, as is the case with contemporary "revolutionaries" is to destabilize the West, western thought, western ideas, western civilization. The WHO is a hotbed for such kinds of appointed officials, clever at garnering huge funds, and stealthy at destabilizing countries and regions which would not follow the line.

In appointing him, the WHO found the perfect blend of a well-trained, and intelligent, leader, who uses his position to realign the geopolitics of the world.

I made the points above from the following articles: 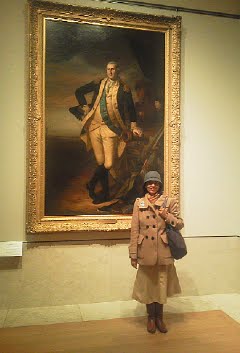 At the Metropolitan Museum of Art,
in New York,
in front of the portrait of George Washington, by Charles Willson Peale.

Trust in the Lord with all thine heart, and lean not to thine own understanding.

How to Reclaim Beauty: Presentation in New York
Strength With Beauty 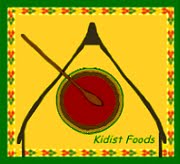 The header to this blog is of the stained glass ceiling in the Palm Court of the Plaza Hotel
in New York.
Photo By: KPA 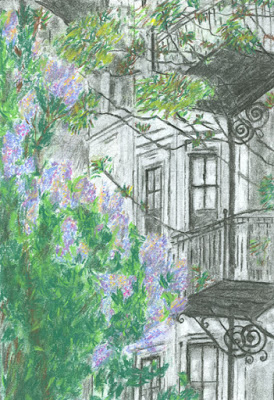 The Musuem of Beauty

Reclaiming Beauty
On the Web 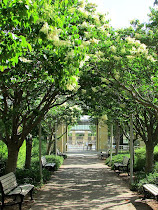